When I returned to writing fiction the first publications I wanted to submit to were Jessica Salmon's wee journals, Fantasy Macabre and Fantasy & Terror.  Knowing that Jessica loved ghost stories, I wrote a ghost story about the punk boy with whom I was living at the time, Todd, who was and always will be the great love of my life.  So I wrote a wee spectral tale called "Pale, Trembling Youth."  Jessica liked it but thought it needed expansion.  Could she work on it?  Hell yes!  Then she astonished me and sold it to Dennis Etchison for his Doubleday hardcover anthology, CUTTING EDGE.  I was in a real book, along with my buddy and hero Robert Bloch!

Todd, at the time, was doing music with his friend, for a project called Souls in Darkness.  Some of that music is now available as an MP3 album you may purchase at Amazon, the album being titled Ghosts of December, by Seven Graylands.  The vocals are not by Todd, as I originally mistook, and yet they contain elements of diction and tone that remarkably replicate Todd's singing style, astonishingly so.  It is one of ye moft astonishing albums I have ever listen'd to, & I'm not just saying that because I still obsess'd with Todd.  The song above, "Fade," is from the album.  Ye second video is a live performance of Todd with his band, Gut Reaction.

Todd's own vocals for Souls in Darkness may be found at
www.soulsindarkness.com

Todd died in my arms on the Ides of March, 1995, after snorting some filthy street smack.  That death clutches me still, and I have written about it in some few of my tales.  See, for example, my story "The Woven Offspring."

Todd was a brilliant poet and one of the sweetest souls I have ever met.  Rest unto his beloved shade. 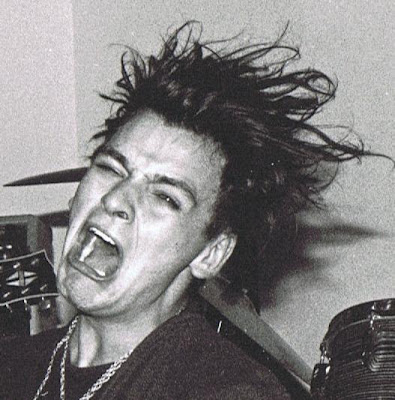 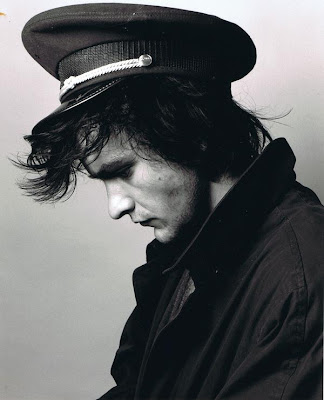 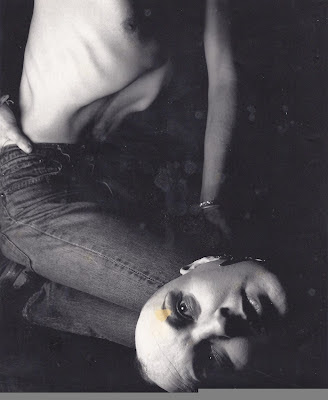