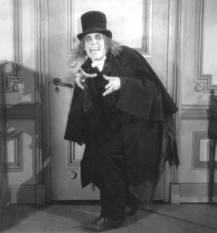 The above photo changed my life.  I first saw it in an issue of Famous Monsters of Filmland, and I thought it was the coolest vampire I had ever seen.  The image took on mystical qualities when I learned it was from one of Chaney;s "lost" films.  When, as a teenager, I got my first job, it was working for a weird museum, then called Jones' Fantastic Show, then later called Jones' Fantastic Museum.  My job was to wear a cloak with the name of the museum on the back and a series of rubber masks.  Then I found a wig in the box that was filled with masks, and the idea came to me to begin doing a vampire makeup based on Chaney's.  Thus was Count Pugsly born. 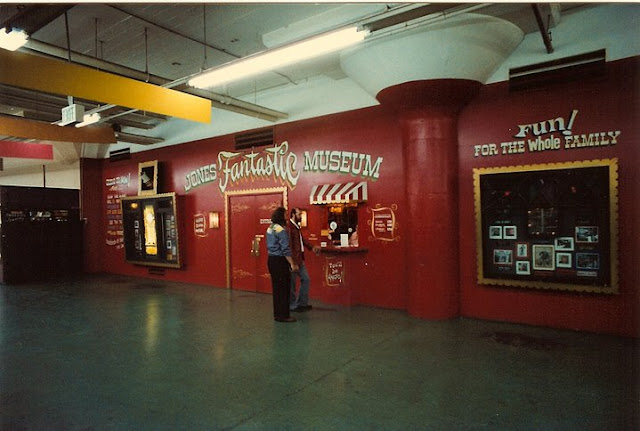 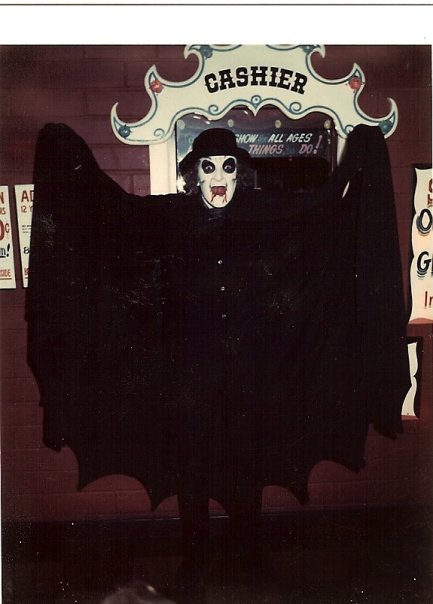 This was a great job for a kid who was obsessed with Universal and Hammer horror films!  I was determined, as a kid, that my professional occupation would be an actor in horror films.  Thus, when I was in costume as ye Count, I never broke character, and my vampyr persona really "got" to people.  One of the great things about the museum was that we had a chamber of horror, and I would sometimes pose in some dark corner, pretending to be one of the many weird mannequins that the museum contained.  People would come close to investigate me, and then I would slowly move and totally freak them out. 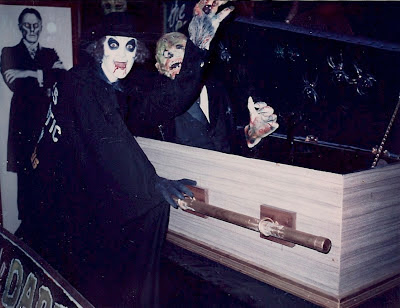 Later on we added a Circus Room to the museum, filled with life-size circus animals, a clown rag-time band, &c &c.  A special cage was built for me, in which I would sit pretending to be one more life-size mechanical figure.  Figures around me would move when museum patrons flipped switches, so I would move too, slowly at first, and then I would leap like a ferocious beast and grab my cage's bars.  Kids loved being frightened and would run screaming, and then return with even more friends. 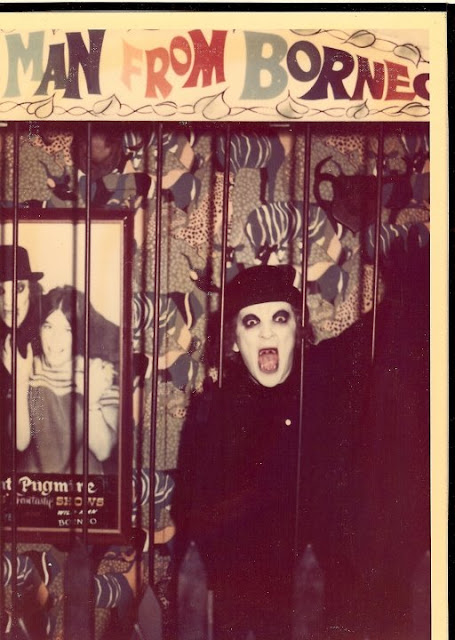 Count Pugsly became a famous local figure, often appearing in newspapers and such. 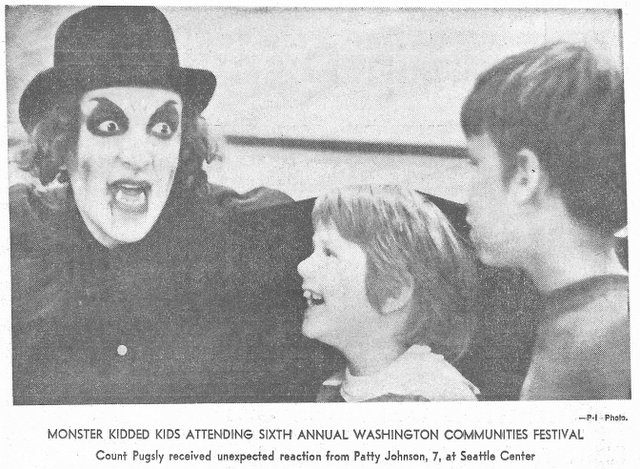 or going for a deposit at ye local bloodmobile 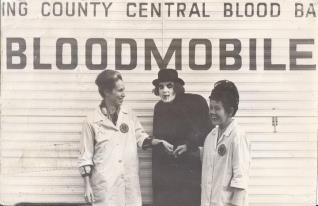 and there were even some artistic interpretations 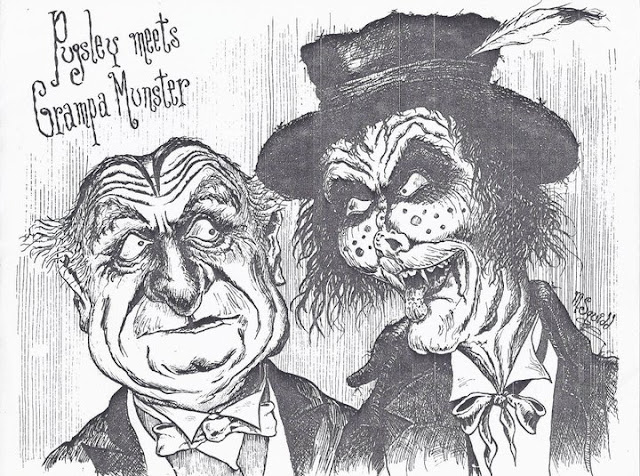 I even had a girlfriend in high school who grooved on the vampire look. 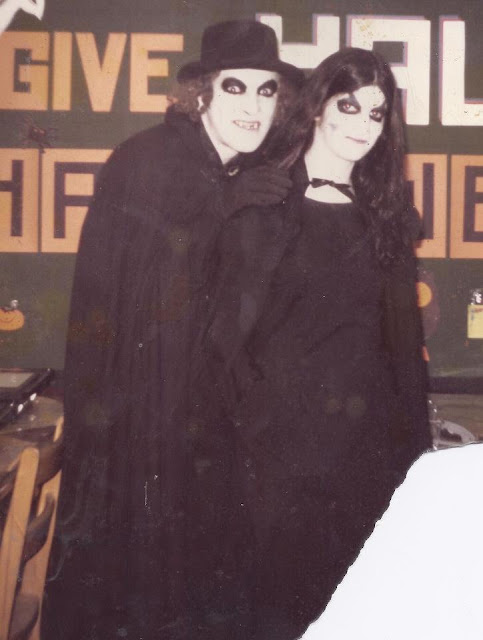 I purchased a new wig and hat when I was serving as a Mormon missionary in Las Vegas, after being transferred from the Ireland Mission due to health concerns. 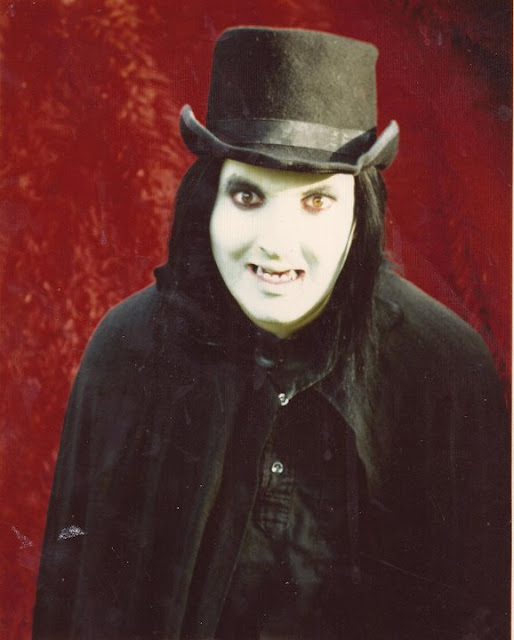 One of my happiest days was when I picked up an issue of Famous Monsters of Filmland #69.  Lon Chaney Sr. was on ye cover as his infamous vampire 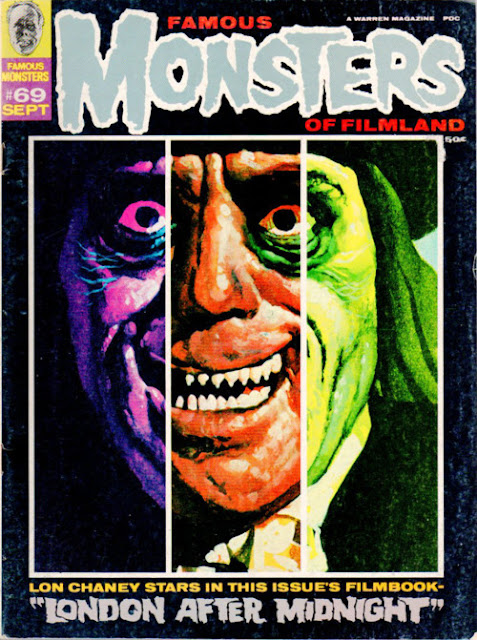 A filmbook of LONDON AFTER MIDNIGHT was ye main feature.  And Uncle Forry had dedicated the issue -- to me! 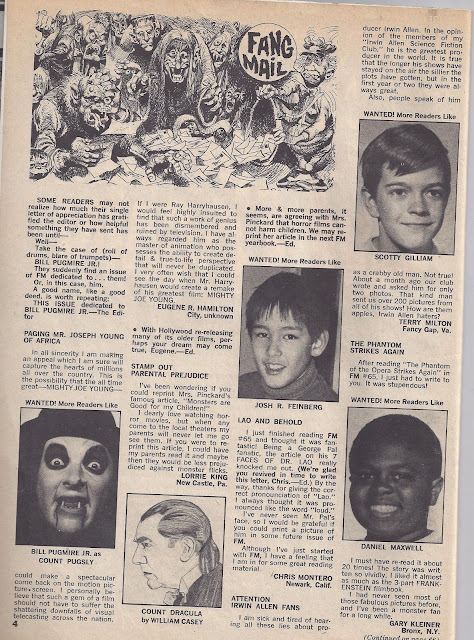 and there, below ye dedication, was a photo of Count Pugsly.  Pretty damn rad.

The hat and wig have deteriorated and been tossed.  I keep thinking I might find new ones so as to do some YouTube videos as Pugsly.  I still have the original cloak that I wore at the museum.  What a wonderful prelude, that job was, to becoming an underground horror author.