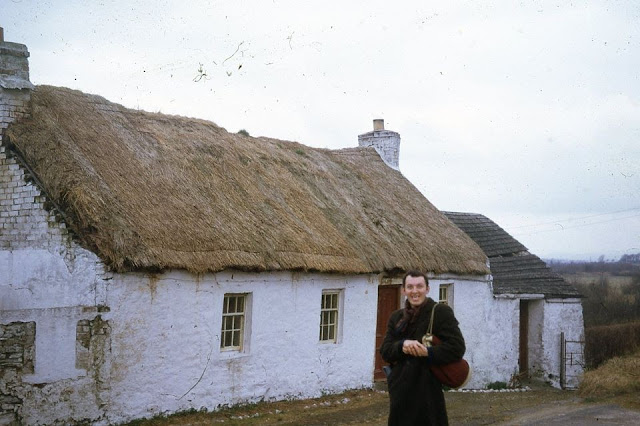 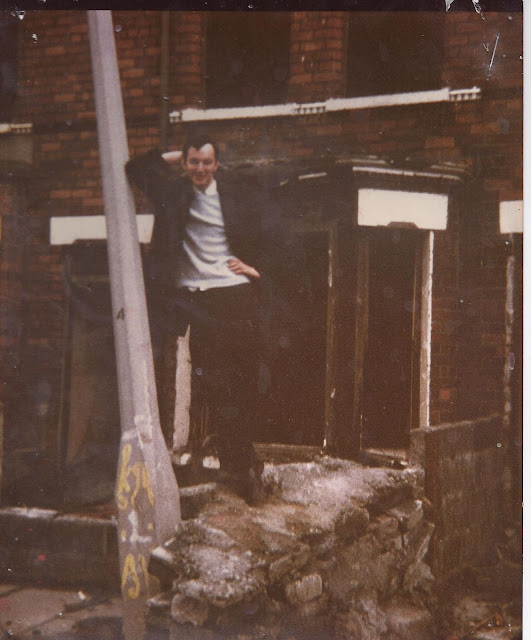 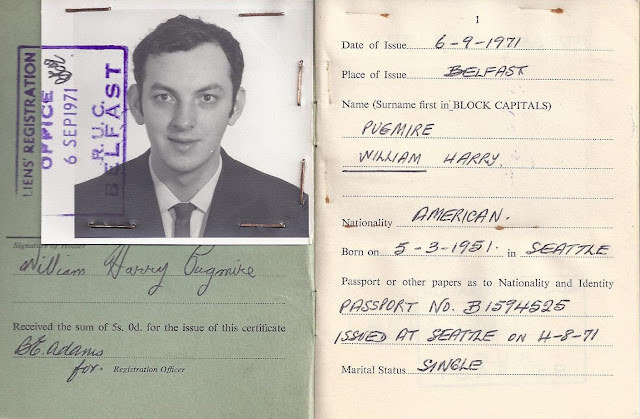 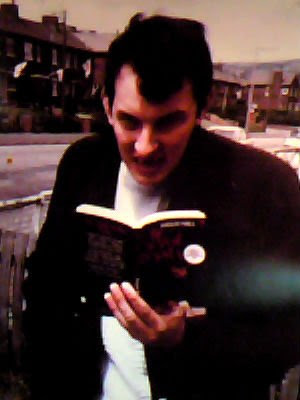 It was on this day, September 4th, in 1971 that I left for my mission in Ireland for the Mormon church.  It seems another lifetime to me nigh.  I remember, just before leaving, seeing on the news a report of the troubles, the violence in Northern Ireland (where I spent most of my mission), and thinking, "Holy crap, I'm going there?"  But it was in Ireland that I became a writer of weird fiction.  I was discouraged from going to see horror films, my passion at that youthful time.  Robert Bloch was a pen pal, and I decided to substitute reading horror fiction for horror films, beginning with the novels of Bloch; & then I began to hunt for horror anthologies in which Bob was one of many writers.  This served as my introduction to Derleth, Jacobi, REH, and so many others.  It was in Northern Ireland that I bought my first edition of the tales of H. P. Lovecraft.  And it was there that I began to write my own stuff and submit it to American magazines.  I remember how thrilled I was when a very poor early story, "Whispering Wires," sold to SPACE & TIME.

Gawd, I got homesick.  I was never a really spiritual guy, and walking day after day and knocking on doors trying to preach religion in Ireland was hard work, and frustrating because so few people were interested.  Finally I got so homesick that I faked that I was suffering from poor lungs due to the chimney smoke in Ireland.  Instead of sending me home, I was sent to the Arizona/Las Vegas mission, to dry out.  I was a very strange missionary, for sure.  I took my plastic vampire fangs with me, and would wear them at times wehen knocking on doors.

This is a photo of how I would sometimes dress on my off-day in Vegas.  It's one of the photos of me that Forry published in FAMOUS MONSTERS.  All the other Elders would be having fun playing baseball or whatever, and I would sit in the bleachers (is that what they're called) dressed like this.  Finally my mission president put a stop to it, as well as asking me if I was homosexual.  I confess'd that I had those feelings but that I had never "done anything."  Some of my companions guessed that I was gay, as I recently found out when my companion from Vegas, Ron, came to visit me.  It was the first time we had seen each other in 40 years.  Being a closeted gay missionary was no fun.  Being in the closet is a soul-crusher; but when you are surrounded by a group of other guys your own age, all of whom seem "normal," it makes a young queer feel mighty lonely and malformed.  I love that we now have so many positive gay role models for young gay kids. 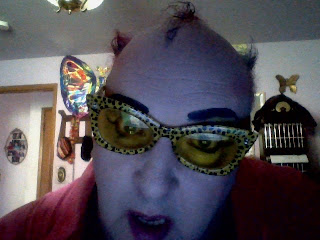 To have gone from being an LDS missionary to looking like I do in ye photo to ye right has been a weird trip, to say the least.  I've always enjoy'd dressing weird, but it was when I became a punk rocker in 1981 that I was able to be as extreme as I wanted to be and not have to explain "why" when people asked.  "There is no 'why,' I'm just being me."  I think I'm getting a bit weary with dressing up--maybe it's just part of growing old.  But I certainly had fun with it.  I enjoy getting on YouTube and looking utterly bizarre and acting like a fool.  It's such an innocent form of decadence.
Email Post