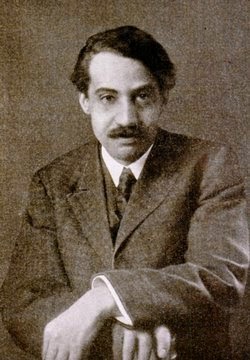 "Speaking of poetical reviewers--I have not yet recovered from the shock the newspaper gave me last night!  At the First Baptist Church in this city, on Friday evening, there occurred the annual ceremony of the award of the 'Spingarn Medal,' which is given to that member of the negro race who achieves the most notable success in 'any field of elevated or honourable human endeavour' during the year.  At these impresses exercises, Gov. Beeckman of Rhode Island gracefully awarded the badge of African supremacy to the Boston poet, critic, & literary editor--William Stanley Braithwaite!!!!!!!!!!!!!!!!  Think of it--chew upon it--let it sink into your astonished & outraged consciousness--the great Transcript dictator, the little czar of the Poetry Review, is a nigger--a low-born, mongrel, semi-ape!--Ye gods--I gasp--I can say no more!  Aid me, ye benign elves & daemons of anticlimax!  So this--this--is the fellow who hath held the destinies of nascent Miltons in his sooty hand; this the sage who hath set the seal of his approval on vers libre & amylowellism--a miserable mulatto!  To think of the years I have taken this nigger seriously, reading his critical dicta as though he were a Bostonian & a white man!  I could kick myself!  William's picture is printed in the Bulletin beside the news item, & from the likeness given I can deduce no visible sign of his black blood.  A heavy mustache droops down over what may be thick negroid lips.  But after all--I suppose he has only a slight taint of the beast.  No nigger blacker than a quadroon would be likely to attain the intellectual level he has undoubtably reached.  I am not minimising what the fellow knows, but I think it monstrous bad taste for the Transcript to foist a black upon its literary readers!"  --H. P. Lovecraft to Rheinhart Kleiner, May 5, 1918.  Great Yuggoth!  How dare this creature pose as being as intelligent and accomplish'd as a real human being!  My gawd, I can't even tell by looking at him that he isn't fully human!  Such deception!

The above letter bewilders me.  And it makes me wonder--if I had been Lovecraft's pal by correspondence, and we got along really well, & then he saw that photo, above, of me when I was a wee kid & cou'd see that I, too, am tainted by ye blood of ye non-white beast (my particular beast being Jewish and Native American), wou'd he have reacted the same way to me?  And if so, then why ye fuck do I continue to write book after book in homage to this pathetic uptight fool?

Because, bitches, I adore the freak.  I continue to insist that Lovecraft's racism, ugly as it is, is eclipsed by everything that was wonderful about him, as a human and as an artist.  The racism is indeed sickening--it is why I had to get rid of my copy of one volume of Lovecraft's correspondence, Letters from New York (Night Shade Books, 2005)--those letters to his aunts, who, like his mother, encouraged and applauded HPL's racism (it was for their amusement that Lovecraft wrote that awful poem) turned my stomach.  My reaction was, and still is, one of utter bewilderment:  how could a man who was otherwise so intelligent be such a damn moron?  How cou'd, in writing ye letter above, Lovecraft not see that a man's race means nothing when accounting for intelligence, poetic sensibility, &c &c.  Lovecraft's Jewish friends and wife were applauded because they were able to cast off their ethnic stain and behave as real men and women--as whites.  Yet this is part of Lovecraft's dismay regarding Braithwaite--his blackness was not evident, in facial features or intellectual ability.  Hey, that shou'd have told ye something, H. P. Dumbfuck.  Damn sneaky of that Brother, to pass hisself off as human.  "...for, though in deceitfully slight proportion, Marceline was a negress."  Damn deceitful darkies.

E'ch-Pi-El also abhor'd sissy queens, so he wou'd have been doubly grossed-out by me.  Yet--still--I adore him.  My adoration began when I return'd home from my mission and began to collect Arkham House books, and I order'd ye first three volumes of Lovecraft's Selected Letters.  The personality reveal'd in those letters, for the most part, captivated & delighted me.  I was utterly charm'd, to ye point where I began, in my personal correspondence, to ape the eccentricities found in Lovecraft's letters.  I began to date my letters 1783, wou'd begin them (even to much older professional writers) "My dear youngster," and wou'd do things like spelling "would" "wou'd".  Those Lovecraftian affectations taint me to this day.

The man's bigotry has indeed affected what I write.  I deliberately have more black characters in my fiction as a reaction to Lovecraft's racism, and more women characters as a result of his (less obvious, perhaps) misogyny.  My fiction is, at times, queer-up-ye-arse, in celebration of my nelly transvestite soul.  I am not certain if the concentration on the supernatural in my weird writing is a reaction to ye lack of supernaturalism in Lovecraft's tales.  Too, I am far more concern'd with character than Lovecraft was--although I insist that his characters are perfect for their purpose in Lovecraft's story-telling.

Yet, with my fiction too, I revere Lovecraft as an artist.  Gawd, how I love to read his Work, again & again.  I get so excited when a fine new edition of Lovecraft's tales is publish'd.  The New Annotated H. P. Lovecraft is a thing of pure eldritch bliss for this old duck.  His excellent fiction, & the work it hath inspir'd by mine own humble pen, is my pure font of happiness.  I have found such excellent friends in the Lovecraftian community.  I have found the meaning to my life. 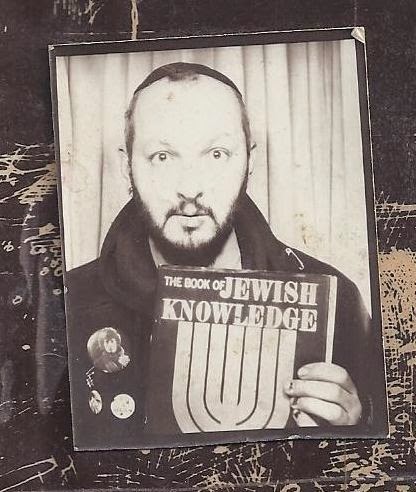